Wheat is an important food crop in my country. Wheat is cultivated all over the country. The proportion of wheat in the country's total grain output value is second only to rice and corn, ranking third, and its output and export volume are in the forefront of the world. Among many cereal crops, the protein content of wheat is very rich, accounting for about 13% of the total mass of wheat, which is higher than other grains. Therefore, wheat is one of the main sources of protein that people consume in daily life.

Chemical composition ratio of each part of wheat (%, dry basis)

Due to its small molecular weight, small peptides do not need to undergo further digestion, and the absorption of peptides has the characteristics of low energy consumption, unsaturation, and non-competitive transport. When enough proteins and active peptides enter the digestive tract at the same time , a part of the active peptide can be directly absorbed by the small intestine in the body in the form of a complete small peptide and enter the blood circulation. Studies have found that the antioxidant and antibacterial activities of active peptides have a certain relationship with their molecular weight. Generally, the smaller the molecular weight, the stronger the activity.

Wheat or wheat flour raw material, washed with water to remove water-soluble substances and starch, dried and pulverized, and the light yellow powdery cereal protein obtained is wheat gluten protein. As a by-product of wheat starch processing, gluten has a protein content of 75% to 85%, which is three times that of chicken and beef.

As the main by-product of wheat processing, bran is rich in protein. The wheat bran polypeptide obtained after the enzymatic hydrolysis of wheat bran contains 17 kinds of amino acids, including 7 kinds of essential amino acids, which have the functions of anti-oxidation, improving immunity and anti-fatigue.

Wheat embryo is rich in protein content, accounting for about 37.6%, and rich kinds of protein, is a complete protein, containing a variety of human essential amino acids and a variety of biological active substances, known as the "human natural nutrition treasure house".Antiantioxidant peptides with antioxidant activity can be hydroprepared with specific proteases.

At present, the protease hydrolysis method has become the main method of preparing peptide products because of its advantages of safety, easy to control, high efficiency and cost.

Wheat peptide is widely used in all walks of life with its excellent emulsification and water holding ability. 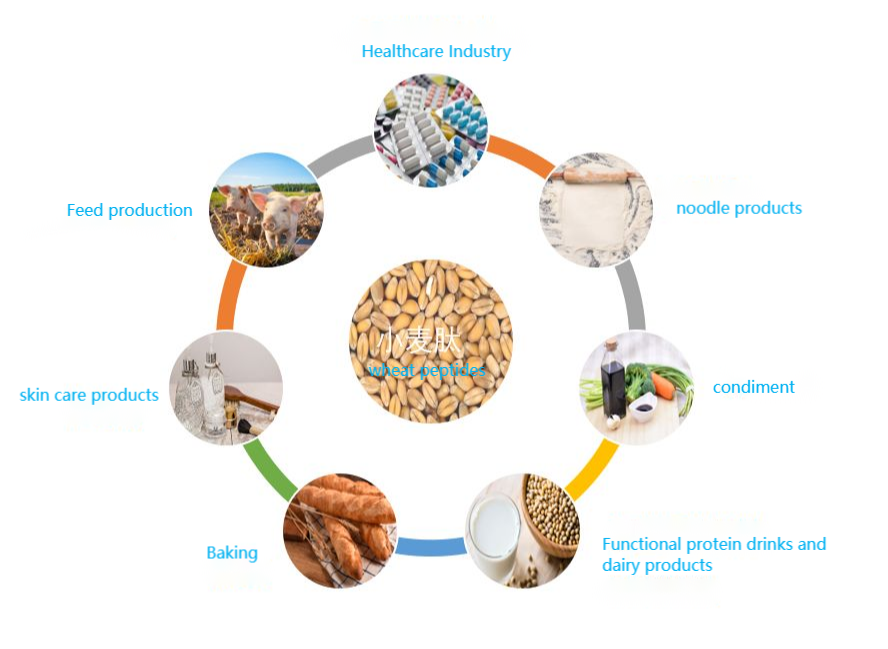 1. On September 5,2012, the Ministry of Health issued a notice on the approval of medium-and long-chain fatty acid edible oil and wheat oligomer peptides as new resource food (Ministry of Health Announcement No.16,2012) 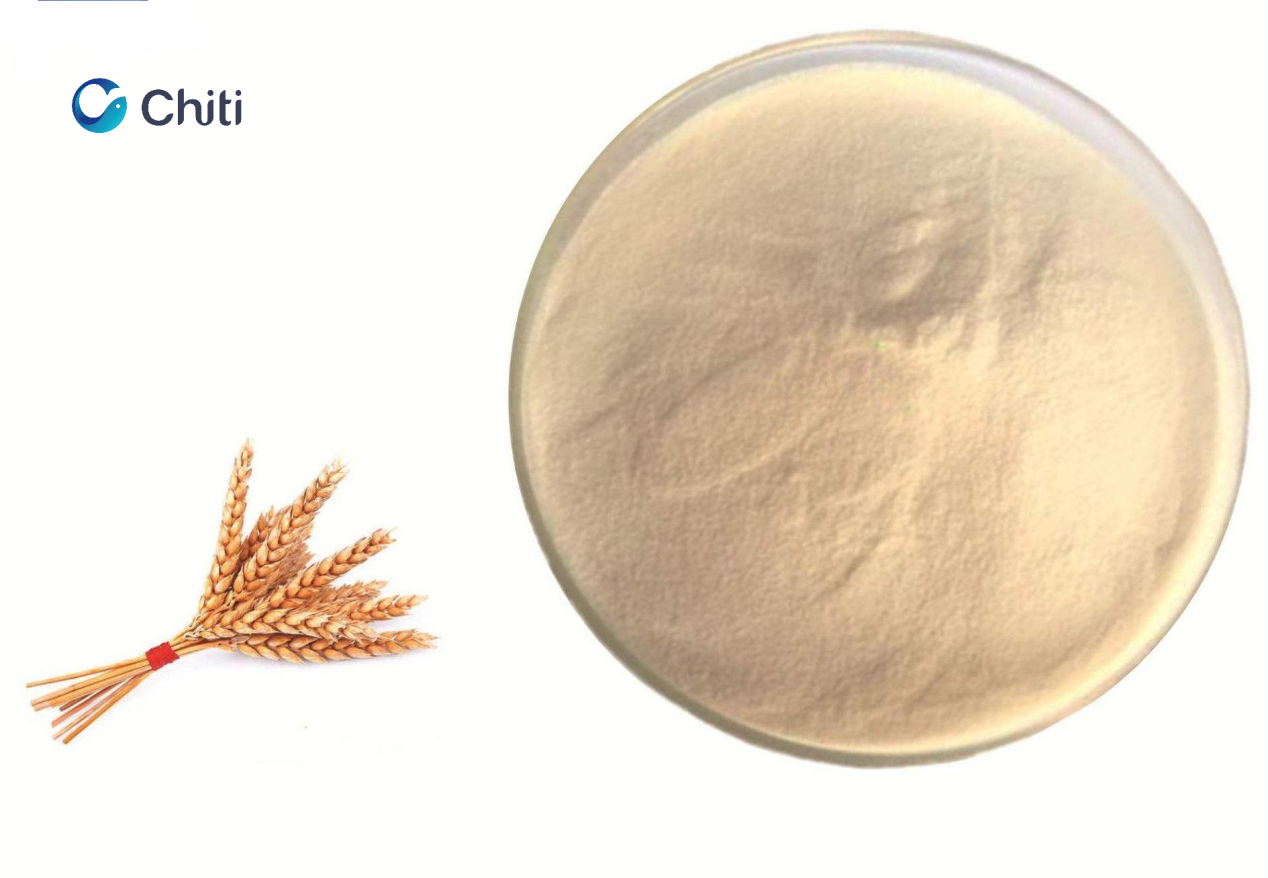 Effect of Chiti wheat peptides on the human body:

1. It suppresses the rise of cholesterol.

Wheat peptides can promote insulin secretion as oligommethionine, which can be used to regulate blood sugar and improve diabetes symptoms.Wheat peptides can hinder the effect of angiotensinase, and thus reduce blood pressure.One of the characteristics of wheat oligomer peptides is those containing high glutamine, which can effectively regulate nerves and can also serve as a special nutrient in intestinal dysfunction.

2.It has various biological activities such as ACE inhibition, immune regulation and antioxidant, which can stimulate the body lymphocyte proliferation, enhance the macrophage phagocytic function, improve the ability of the body to resist the infection of external pathogens, and reduce the incidence of the body. The health effect of glutamine on the human body also involves many aspects.

3、Wheat peptides are against fatigue:

②Wheat peptide can reduce the generation of myocardial mitochondrial oxygen free radicals, maintain the normal morphological structure and function of myocardial mitochondria, protect the heart, improve the ability of hypoxia resistance, so as to improve the endurance of the body, and play a certain role in reducing fatigue.Wheat peptides contain the characteristic index of glutamine total glutamate as high as 38%, which has a very good protective effect on the intestines and stomach.